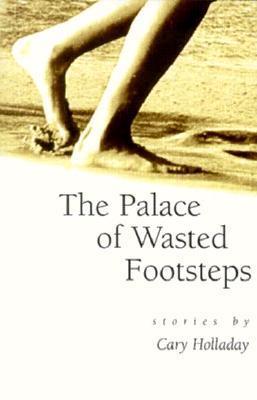 The Palace of Wasted Footsteps (U of Missouri Press, 1998)

An excerpt from "Merry-Go-Sorry," based on the case of the West Memphis 3. The story appeared in The Alaska Quarterly Review and in Prize Stories 1999: The O. Henry Awards

It begins in an Arkansas courtroom: the trial of a young man for the deaths of three boys. It begins in late May, a year after the murders, on a day so hot that the air conditioning can't keep up with the sweat on the seventeen-year-old defendant's face. He has confessed, though his lawyer protests that the confession, taped in hysterical segments by the police and existing too in written form, signed in Sid's childlike scrawl, means nothing: Sid Treadway is mentally retarded, he says, and the police coerced him.

Sid Treadway's long scarred dumbfounded face follows his lawyer's striding figure to the bench and back, and then Sid's mild green eyes are distracted by a cicada thrumming on a courtroom windowsill. He recalls the last such insect he saw, at his sister's house, which died loudly, clatteringly, in a dish of lemons. He barely hears his lawyer. In revulsion, his sister had thrown out the lemons, which she had planned to use in a pie. She has not come to the courtroom; only Sid's father is there for him, Big Sid, who when his son was arrested had burst into sobs like a child. There will be another trial for Sid's alleged conspirators, one of them widely regarded by an outraged public as the ringleader...

In his introduction to the story, Stephen King says:
"Good fiction shows us the inside of things–a community, a job, a relationship, the human heart. Great fiction can sometimes show all of these things working together; it lifts us briefly above the event horizon of our own day-to-day existences and gives us a dreamlike (and godlike) sense of understanding what life itself is about. Cary Holladay's 'Merry-Go-Sorry' is one of those rare and always welcome stories..."

Three generations of a family in Virginia's horse country.
The Deer in the Mirror
Includes "Heart on a Wire," a story of the 1898 Klondike Gold Rush, winner the Glimmer Train Fiction Open.
The Quick-Change Artist: Stories

Set largely at a rural resort hotel, these 13 stories span 100 years of magic and passion.

The Palace of Wasted Footsteps